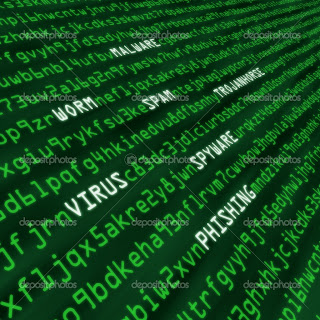 This subject is too tempting to ignore, i couldn't resist but make a return to my blog (hoping not to go away for that long again) after months of failing to unhook my writing pen from the chest pocket of my jacket. Some of us "eat and drink" the internet, with social media enthusiasts like my buddy @readjerome complaining of spending over 70% of his national service allowance on internet bundles. What does it mean for those of us who are not cyber technocrats, hackers, software engineers, programmers etc., but social media enthusiasts or ordinary internet users to wake up and tune in to al jazeera just to hear that " a record-breaking cyber-attack targeting an anti-spam watchdog group has sent ripples of disruption coursing across the internet ...?"

"Wicked!" was what i screamed. We all hate spam. Even spammers hate spam. But if you make $200m from spamming others, you will obviously have every reason to attack anyone preventing you from doing what will make the whole world uncomfortable. "A study published last year, co-written by researchers at Microsoft and Google, found that the spam industry makes about $200m in revenue a year. But the amount spam costs society was estimated to be almost 100 times higher: $20bn" - al jazeera. That's how lucrative the spamming business is.


Just like you, i have some email accounts my banks, employers, or an educational site like coursera only know: recipients I'm 100% sure wont spam me. Forget about your email address on your facebook page or on other pages where your email address is visible. If you don't receive mails advertising some weight loss drugs even though you have a slim body, you will receive mails which don't even deserve to relax in your trash folder. Most people open their mails and they have thousands of unread messages, 97% of them being spam and the queer 3% representing relevant mails, which have been overshadowed by nonsense majority.

The people responsible for blocking these spam, specifically ads for counterfeit Viagra and bogus weight-loss pills out of the world's inboxes, known as Spamhaus (a site) started reporting the attack mid march, according to al jazeera. I don't know much about how Spamhaus did it, but they made massive progress with their objective and that provoked the spammers. Interestingly, this cyber attack wasn't necessarily and primarily targeted at the whole world. It was how the attack was initiated that affected the world.

These guys ( the spammers, for all you know will be girls or a mixture of both) orchestrated what has gone down as the biggest cyber attack in history by using millions (over 25m DNS servers) of servers around the world to unleash an attack on Spamhaus, and am very sure my server was inclusive. These servers they used are reportedly those which are not properly configured. How will i know if my server is well set up, if all i need it to do (which it does) is to give me that golden ticket to browse the internet. I say for a fact that my server was part because when al jazeera reported it, they said the effects of the attack are delays or unresponsiveness of servers used as catalysts (because of server overloads). And trust me, snail, aka samuel essel, will be faster than my internet speed today, without a doubt!

Chances that this "record breaking attack" wont happen again? Even the experts answer "its very hard". "Maybe you can pay a networking technocrat to correctly and securely set up your server" is the simple advice i have given to myself. Share your thoughts with me on the subject by leaving a comment.